Concerts in the Park!

Bring your chairs or blankets and join the City of La Quinta for Concerts in the Park at SilverRock Park on Saturday, February 11, 2023, from 5:30 – 8:00 PM! The musical guest this month is the Michael Haggins Band.

Michael has written and produced three albums (Daybreak, Traffic, and Dare to Dream) and a new 2022 single titled “Gift to The World” – all original music. His music can be found on the Billboard charts under the Smooth Jazz category and also a Top 10 CD pick in Smooth Jazz News Magazine.

This event guarantees a fun, unforgettable musical performance you won’t want to miss! There will be food truck vendors on site, however attendees are welcome to bring low back chairs, blankets, food, and non-alcoholic beverages. 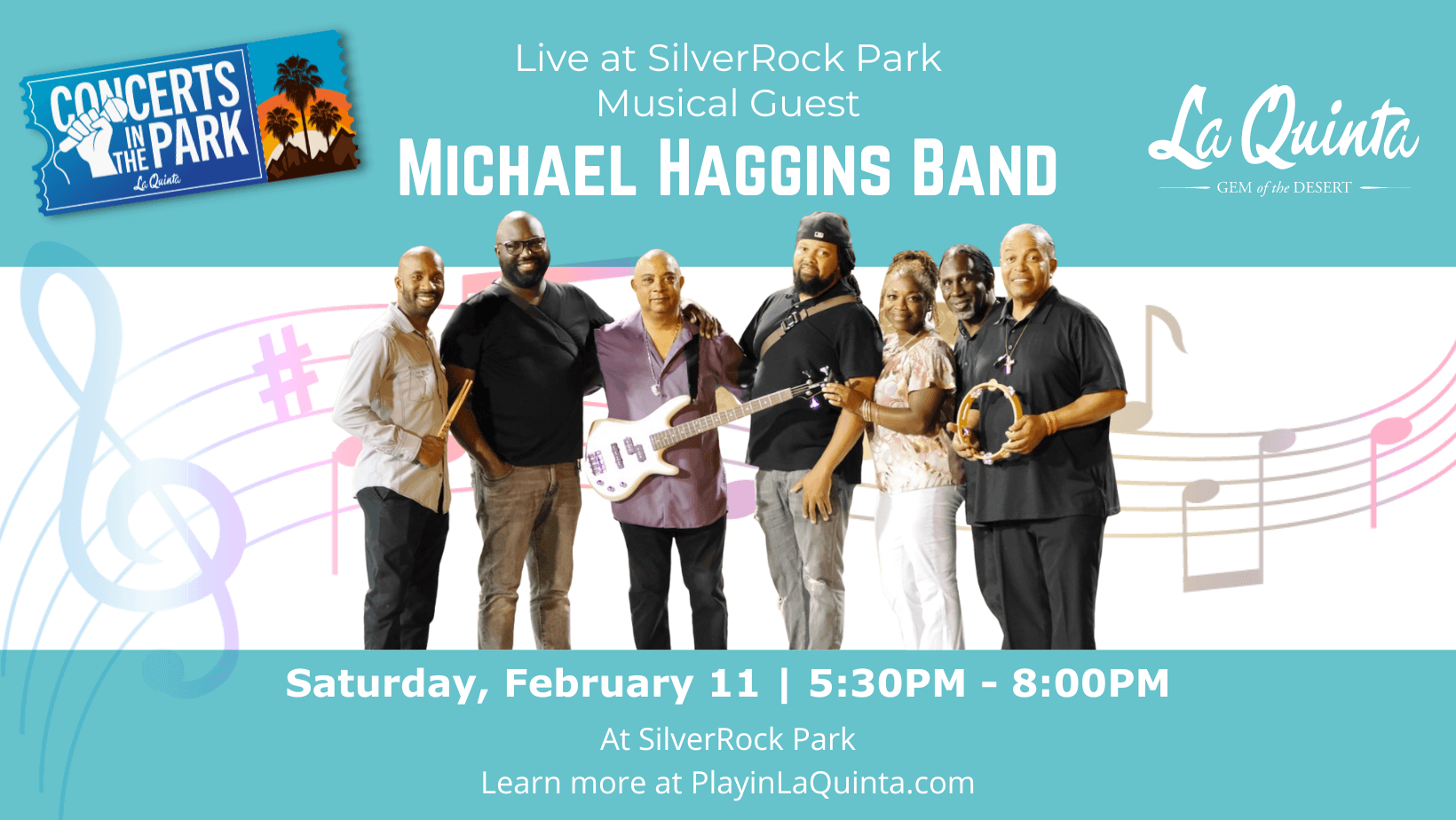